The odds are in for Saturday's Monster Energy NASCAR Cup Series race at Richmond Raceway, and three JGR drivers open at 6-1 or better. NASCAR iRacing returns with the Toyota Owners 150 at Richmond Raceway. Will Byron is the +225 favorite while Timmy Hill is top contender at odds of +500.

Kyle Busch won the NASCAR Cup Championship last season to win his second Cup title, but after 27 races during 2020, Busch has no wins.

He’s never gone an entire season without a win and has nine more cracks at a win beginning with Saturday night’s Federated Auto Parts 400 at Richmond Raceway’s flat 0.75-mile layout, a track he’s won at six times, the last coming to complete a 2018 sweep.

But the past is the past and has done nothing to assist a win this season and it’s killing him. I think he’s embarrassed by it as well since he’s raised the bar so high for himself.

“This year has definitely been one of the biggest tests I feel like I’ve been through,” Busch said. “In 2015, I was injured and I was on the sideline and I wasn’t sure if I was ever going to come back, and I was able to come back and then struggled for five weeks just getting a footing, and then finally being able to win again at Sonoma.

Right there, that just lit a fire under us and that was all it took for the rest of the year to be a championship contender and a guy to go out there to compete with his team and be the best of all of them.

Martin Truex Jr. and the No. 19 team swept both of the NASCAR Cup Series races at Richmond Raceway in 2019. (AP)

“This year, it’s been nothing but something else that’s in the back of your mind, and what’s the next thing that’s going to test your patience. Just seems like we can’t shake this monkey off our back. Wherever he is, whatever he looks like, somebody tell me and we’re going to go for a few roll-arounds here and get him off my back in order go out there and have a solid, successful, productive final 10 weeks.”

For the first time in nearly a decade, Busch isn’t the favorite to win at Richmond. William Hill books have been having Busch around 12/1 or 14/1 the last few races as he continues not to win, but for Richmond and his stellar record they dropped him down to 5/1 out of respect.

In addition to his six wins, he’s also the active track leader with a 6.7 average finish and 18 top-fives in 29 starts. He also four finishes of fourth or better in the eight races using this week’s race package (750 hp) which should help his team’s confidence to go along with all his other Richmond trophies which includes seven Xfinity Series wins.

William Hill posted Kevin Harvick and Martin Truex Jr. as the 7/2 co-favorites to win for different reasons. For Harvick, it’s because he’s won eight races this season and not his three Richmond wins, the last of which came in 2013 when he was still driving a Richard Childress Chevrolet.

For Truex, it’s because he swept the Richmond 2020 season and also the fact that he had eight straight finishes of fourth or better until finding some late trouble at Darlington last week in what looked to be the best car of the track.

Harvick’s Dover win two weeks ago was his only win using the 750 hp race package this season. Truex’s only win thus far has come with this same package at Martinsville. He’s been third or better in his last four races using it.

Denny Hamlin’s sixth win of the season two weeks ago at the Saturday Dover race was his first win using the 750 hp package, but this is his home track. He grew up 30-minutes away from Richmond Raceway and his been outstanding on it in his 27 Cup starts and his 1,659 laps led are the most among active drivers. He has three wins and 13 top-fives. William hill books set him at 4/1 odds to win.

Three of the top-four favorites drive a Joe Gibbs Toyota which has shown to have an edge. They’ve won the four races and seven of the last nine. JGR at Richmond isn’t just some kind of random trend, they don’t mess around there. But then there is Erik Jones who hasn’t had much success there in four races driving for JGR. Jones is 40/1 to win this week as he’s trying to impress another team for a 2021 job.

Outside of those four, there’s a next level of drivers that should be seriously considered for a wager starting with the Team Penske drivers and also Chase Elliott. It all has to do with this week’s race package that has been used in eight races which includes the non-points All-Star Race at Bristol. Brad Keselowski (10/1) and Elliott (15/1) each have two wins with it and Joey Logano (14/1) has a win at Phoenix just before the shutdown.

Logano also fits my criteria of being a must bet because he did well on the flat tracks of Phoenix and New Hampshire (fourth-place) with top-fives in each. The correlation between those two tracks and Richmond has been strong even though the configurations are completely different but the balance set-up has been money for all three. If a driver has done well at one, he’ll do well on the other. Harvick is the only other driver with top-fives on both tracks.

The New Hampshire results from Aug. 2 look similar to my top-five prediction this week. Keselowski won that race after leading a race-high 182 laps, Hamlin was second after leading 92 laps, Truex was third, Logano fourth, and Harvick was fifth.

In my betting equation this week I had to throw Harvick out and also minimize my returns with the other three favorites to serve as an insurance policy of sorts while hoping drivers like Logano, Keselowski, and Elliott come through. Yes, I’ve thrown out Harvick who has eight wins this season. Probably not very smart, but I have to take a stand somewhere.

Longshots don’t cash often at Richmond, but I had to throw a few small wagers on a couple this week beginning with two-time Richmond winner Clint Bowyer who is being offered at 50/1 odds to win. Christopher Bell has JGR equipment in his No. 95 and won three of the past four Xfinity Series races showing he can wheel his way around the track well.

For bettors looking at a larger score and more action, they can turn their attention to eNASCAR DFS. To learn more, check out our beginner's guide to eNASCAR daily fantasy sports.

NASCAR Cup Series driver Martin Truex Jr. brings out a caution after hitting the wall during the Coca-Cola 600 at Charlotte Motor Speedway.

The 2020 NASCAR Playoffs will trim the field from 16 drivers competing for the championship to 12 in two weeks, but all 38 drivers at the 2020 Federated Auto Parts 400 will be fighting to take the checkered flag at Richmond Raceway on Saturday night. The green flag drops at 7:30 p.m. ET and with just a 44-point gap between 16th and third position in the 2020 NASCAR standings, there will be a lot on the line when it does. Aric Almirola and Clint Bowyer are currently tied for 12th with 2,033 points and their battle could be an epic one over the next two weekends.

Almirola is at 25-1 in the 2020 Federated Auto Parts 400 odds from William Hill, while Bowyer is listed at 50-1. However, points leader Kevin Harvick and Martin Truex Jr., who won both races at Richmond last season, are the 7-2 co-favorites in the NASCAR at Richmond odds. Before locking your 2020 Federated Auto Parts 400 picks, be sure to see the latest 2020 NASCAR Playoffs at Richmond predictions and projected leaderboard from the proven model at SportsLine.

The model began the 2020 NASCAR season by picking Denny Hamlin to win his second consecutive Daytona 500 at 10-1. It got off to a hot start on its NASCAR picks following the coronavirus hiatus as well, calling seven of the top 10 drivers at both Darlington races. Using the model, McClure also recommended an outright play on winner Brad Keselowski at 13-1 as one of his best bets at Bristol in May.

The model also called Kevin Harvick's win at Atlanta and nailed a whopping nine top-10 finishers in that race. McClure also used the model to lock in an outright bet on Hamlin winning at 10-1 at Miami. At The Brickyard, the model called Harvick's fourth victory of the season, and also identified four top-five drivers in the All-Star Race at Bristol. At the Daytona road course, the model called Chase Elliott's win and nailed three of the top four drivers. Anybody who has follow the model has seen huge returns.

One surprise: The model is high on Joey Logano, even though he's a 14-1 long shot in the latest NASCAR at Richmond odds from William Hill. He's a target for anyone looking for a huge payday. Logano enters Saturday night's race at third in the standings, but he's 27 points behind second-place Denny Hamlin and 46 points back from Harvick.

That means he'll need to work his way to the front of the pack to seek stage wins and an overall victory to start eating into that deficit. Luckily for Logano, he's had a lot of success at Richmond Raceway. He won the Toyota Owners 400 there in 2014 and 2017 and has earned a top-four finish there in four of his last six starts.

And a massive shocker: Martin Truex Jr., one of the Vegas co-favorites at 7-2, stumbles big time and barely crack the top five. There are far better values in this loaded field. After winning 23 times the last four seasons, Truex only made it to Victory Lane once during the regular season and then began the 2020 NASCAR Playoffs with a 22nd-place finish at Darlington last week.

Truex is now 57 points back of Harvick in the NASCAR standings and he'll have to start back in 14th at the 2020 Federated Auto Parts 400. Even with wins in each of the last two races at Richmond and a win at Martinsville earlier this season, Truex will have his work cut out to navigate past 13 other NASCAR Cup Series championship contenders at Richmond Raceway on Saturday night.

The model is also targeting four other drivers with 2020 NASCAR at Richmond odds of 14-1 or longer to make a serious run at the checkered flag, including a massive 50-1 long shot. Anyone who backs these drivers could hit it big. You can only see who they are here.

So who wins Saturday's 2020 Federated Auto Parts 400? And which long shot stuns NASCAR? Check out the latest odds below and then visit SportsLine now to see the full projected 2020 NASCAR at Richmond leaderboard, all from the model that has crushed its NASCAR picks and nailed the Daytona 500. 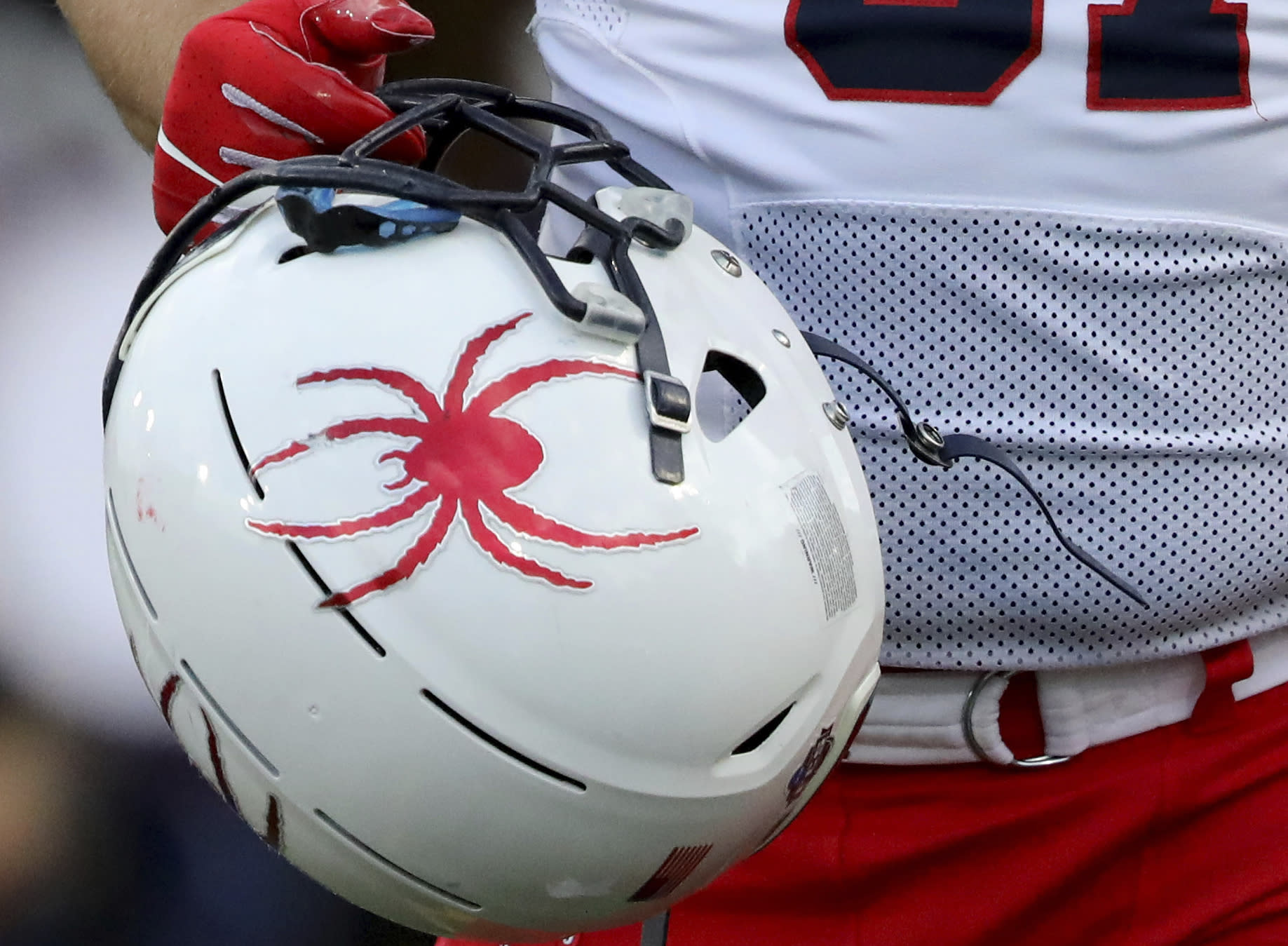 Nascar Odds To Win At Richmond This Weekend