The Indian Gaming Regulatory Act classified sports betting as Class III gaming in 1988. PASPA was the federal law that prohibited the tribes in New Mexico from offering sports betting. But as soon as PASPA was overturned, the tribes believed they had a right to begin offering sports betting. They didn’t wait. New Jersey argued the case before the Supreme Court last December & is awaiting a ruling. If PASPA is over turned New Jersey, Pennsylvania, & Connecticut will allow sports wagering and within 2 years another 10-12 states will allow it. How would this affect Nevada?

With several states challenging the constitutionality of the federal sports betting ban, it has many people scratching their head and asking the question – does PASPA go against the US Constitution?

Let me start off by saying I am not a constitutional lawyer. I’m just fascinated by the issues that have arisen around the federal sports betting ban, PASPA. For years, New Jersey has been fighting for legalized sports betting in its casinos and racetracks. They’ve fought the NCAA and professional sports leagues on the matter and have made a number of claims, chief amongst these is that the Professional and Amateur Sports Protection Act (PASPA) is unconstitutional.

Their claim is based on the 10th Amendment, which outlines how dual sovereignty in the United States works. The federal government receives its powers and authority from the Constitution; the states and even the people are given the authority to make laws and rulings on everything else. NJ claims that the federal government had no right to enact PASPA. So we’ve decided to take a look at whether or not New Jersey’s claims have any basis.

How Does The Tenth Amendment Apply To Sports Betting?

The Tenth Amendment of the US Constitution is a portion of the Bill of Rights which defines federal and state rights. This amendment says that the federal government only has the authority afforded to it by the Constitution and that everything else should be left up to the states, or the people themselves. So based off of this rudimentary definition, in order to have the power to prohibit sports betting (or just gambling in general), there needs to be something in the Constitution that gives Congress the right to enact such a ban.

So we took a look at the Constitution and found nothing that outlines gambling regulations. According to a constitutional expert, “the power to regulate gambling, not given to the federal government, is granted to the states. In theory, gambling is legal in every form except where prohibited by local [state] law.” This technical analysis of the governing document of the United States is overtly simple, yes, but does make a good point – PASPA seems like it really does not have any federal ground to stand on. It also appears to directly oppose what is stated in the Bill of Rights.

If it’s as simple as all that, then, why should the federal government be able to enforce a country-wide ban on sports betting when all other forms of gambling have been left up to the states?

What is the Argument For PASPA?

In looking for a constitutional Amendment that proponents for PASPA might be standing on, I found none. In fact, it appears that the federal ban on sports betting has been made based off of general feeling, rather than legal right, which leaves unanswered the question is sports betting legal? That being said, I’m no expert, and there are a number of laws that are like this in place already, just at a state level. So here are the arguments in favor of the federal ban against sports betting.

The NCAA and Commissioners of professional sports leagues believed that gambling on sports led to events like the black sox incident of 1919 and the Pete Rose incident in 1989, wherein players threw games in order to help someone win a bet and coaches bet against their own teams. PASPA was enacted to avoid the destruction of the “integrity of the sport” and the adverse effects gambling would have on teams, owners, and players, not to mention the bettors themselves.

It is the federal government’s job to take care of its people, first and foremost. So in this case, the law comes into play because gambling adversely affected the health and well-being of US Citizens, which is how the members of Congress were able to pass the law. This is still the argument today. That gambling is a vice, one that could lead to the harm of an athlete, be they amateur or professionals. It could also lead to the destruction of someone’s life, as gambling can become an addictive behavior.

What Is The Argument Against PASPA?

State legislators in New Jersey and West Virginia, amongst others, have claimed that PASPA violates the dual sovereignty within the United States Constitution. The issue of legal sports betting at the state level should be left up to the states, and not the federal government. Opponents claim that not only does this federal ban go against the anti-commandeering legislation in the 10th Amendment, but it also goes against equal sovereignty for the states.

The biggest problem that PASPA has is that there is no plan in place for the federal government to take responsibility or control of sports betting in the United States. Instead, Congress enacted a law which preempted states from addressing the issue themselves and just left it at that. This clearly violates the anti-commandeering doctrine of the 10th Amendment.

The state Solicitor General for West Virginia stated it best when he said “The preemptive force of federal law does not authorize Congress to prohibit State action whenever and however it desires. If Congress enacts a federal regime for which it takes clear responsibility, it may expressly preempt contrary State action to protect that regime. But if Congress simply prohibits State action in the absence of an existing federal scheme, it is unlawfully commandeering the States to enact federal policy.”

This in and of itself is a constitutional violation. But it doesn’t end there. Instead of a country-wide ban, PASPA only prevents 46 states from enacting their own regulations. Four states have received special privileges, two of which actively use these privileges. The fact that the federal ban excludes four states breaks the equal sovereignty clause. It gives extra privileges to Nevada especially, as it is the only state that can offer single-game wagering. This gives them the monopoly on a billion-dollar business – and that’s just going off of the legal amount wagered. When you look at the amount that is illegally wagered overseas, it becomes a hundred-billion dollar business. Giving one state a monopoly over something that could help the entire country, especially without giving the people in those states the chance to choose for themselves, goes against everything the United States stands for.

So How Do We Find Out If PASPA Is Unconstitutional?

So, how can we tell if this federal ban is constitutional or not? This is where SCOTUS comes in. The Supreme Court of the United States is the authoritative body that is charged with interpreting and ruling on cases regarding the US Constitution. The case against PASPA has slowly been moving through the lower courts of appeal, but now has made its way to the SCOTUS desk.

The Supreme Court only takes about 80 cases a year, occasionally taking even less than that. That equals about 1% of all the requests they receive. While they haven’t ruled on whether or not the case against PASPA will be heard, they haven’t denied NJ’s appeal, either. Can you play blackjack on pokerstars real money. Instead, they’ve asked the newly-nominated US Solicitor General to prepare a brief on the topic, so that they can further examine whether or not the case has merit and should be heard.

The fact that it hasn’t been tossed out shows that they are taking the issue seriously. It also shows that we may very well be seeing the case in court sometime later this year. Despite the evidence that seems to be stacking up, it will be an incredibly hard case to prove. SCOTUS has only overturned a federal ban twice in the last 55 years based on claims that it violates the Tenth Amendment. 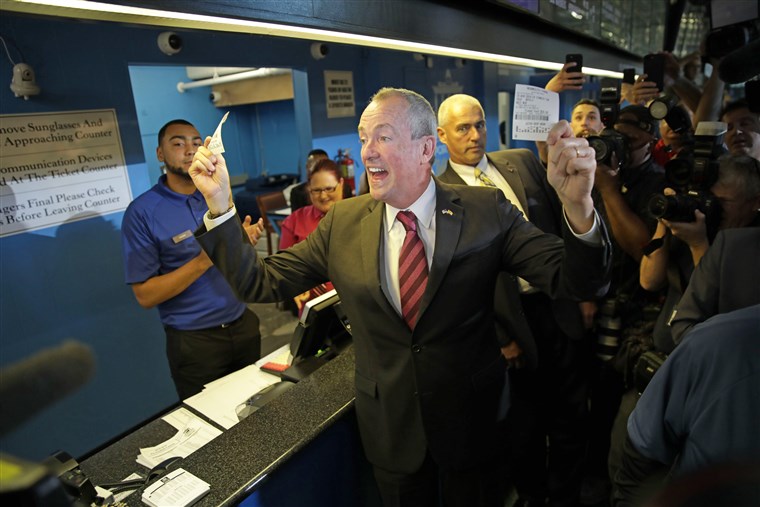 Why Was Paspa Overturned

The first was In New York V. United States (1992). It was ruled in a 6-3 decision that “congress cannot directly compel states to enforce federal regulations.” Justice Sandra Day O’Connor delivered the decision. This decision was reinforced in 1998 in the Printz V. United States case. This time it was Justice Antonin Scalia who wrote for the majority, basing the decision off of the 1992 ruling and adding “forced participation of the state’s executive [powers] in the actual administration of a federal program…is unconstitutional.”

These rulings are the basis for New Jersey’s case, and may very well serve as the basis for other state cases should NJ fail in this regard. For now, though, PASPA is not considered to be an unconstitutional federal ban. It remains in place and until then, prevents land-based sports betting from occurring through the majority of the United States. This could change, though.