The 2019 WWE Royal Rumble will take place Sunday at Chase Field in Phoenix, with the main card beginning at 7 p.m. ET. In the men’s and women’s ranks, 30 wrestlers will compete in an over-the-top match, with the winner choosing which title he or she fights for at WrestleMania 35. Could The Rock come back to give the brand a jolt with a Royal Rumble appearance? What about Kurt Angle? The latest 2019 Royal Rumble odds have The Rock listed at 20-1 to win the men’s event, making him one of the top 10 favorites. This is one of the most exciting pay-per-views of the year and will attract plenty of action, so you’ll want to see the Royal Rumble picks and WWE predictions from CBS Sports wrestling insider Adam Silverstein before locking in any plays.

Silverstein has been covering the WWE for CBS Sports since 2015. Last year, he nailed both winners of each Royal Rumble: Asuka and Shinsuke Nakamura. Now, he has turned his attention to Sunday’s 2019 Royal Rumble card and locked in strong WWE picks that you can only see at SportsLine.

For the women’s Royal Rumble, we can tell you that Silverstein is all over Ember Moon (25-1) as his long-shot play. The event is all about setting up a successful WrestleMania, and Silverstein can see how Moon winning would fit the company’s plans.

“If WWE does not use the Ronda Rousey storyline for the 2019 Royal Rumble, Asuka will likely need her opponent coming out of this event,” Silverstein told SportsLine. “Rekindling the rivalry with Moon and potentially moving her to SmackDown makes a lot of sense if Lynch and/or Flair will head to Raw after WrestleMania.”

And while he thinks that 4-6 favorite Charlotte Flair will win the women’s Royal Rumble, the odds are frighteningly short for a 30-person match. Considering the circumstances, he’s recommending Becky Lynch as the pick at 7-4 instead.

“Lynch is a fantastic value here, and WWE should probably be putting its biggest star over here. Instead, I think they will go with Flair winning and Lynch inserting herself into the match to make a triple threat. But on the chance they roll with Lynch, this is great value,” Silverstein told SportsLine.

Silverstein is also delivering a strong pick for the men’s Royal Rumble. He’s also eyeing a longshot who pays out over 20-1 and fits into what could be a thrilling WWE storyline the next few months. Anyone who follows his lead could hit it big.

What are the top 2019 Royal Rumble picks? And which wrestlers could lead to a massive payout on Sunday? Visit SportsLine now to get the top picks for the Royal Rumble, all from an elite WWE expert who nailed last year’s winners. 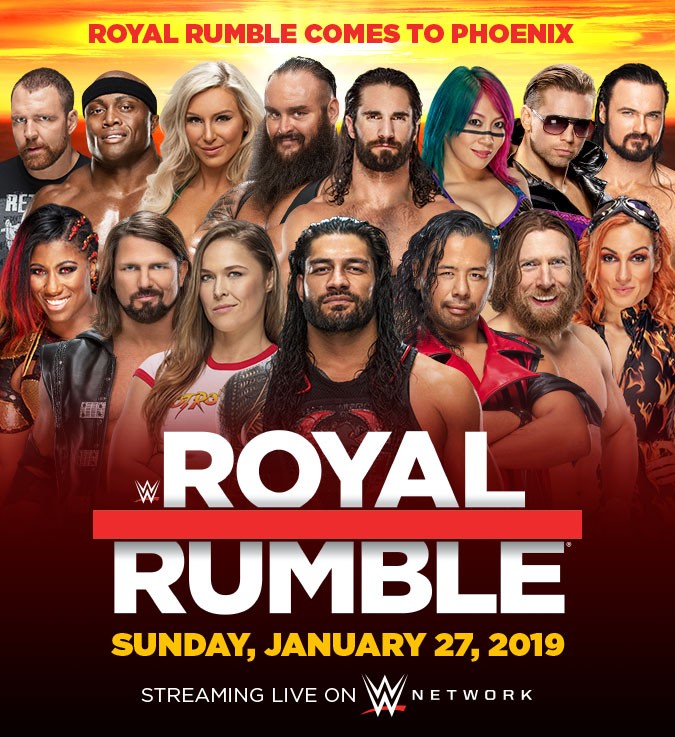